D-Case Editor is a typed assurance case editor, which has been implemented as an Eclips plug-in using Eclipse GMF. The key features are as follows. 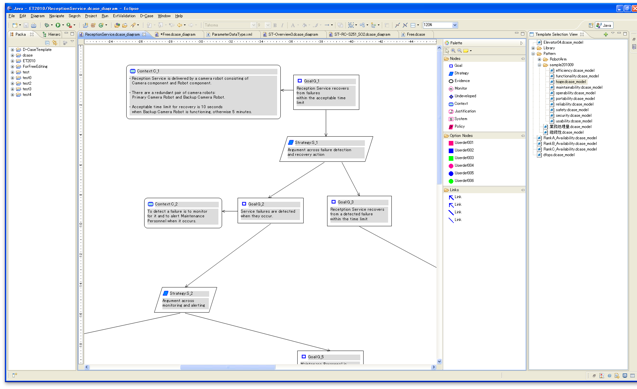 What is an "assurance case"?

System assurance has become very important in many industrial sectors. Submission of safety cases (assurance cases for safety of systems) to certification bodies is required when developing and operating safety critical systems, e. g., automotive, railway, defense, nuclear plants and sea oils. There are several standards, e. g. EUROCONTROL [1], Rail Yellow Book [2] and MoD Defence Standard 00-56, which mandate the use of safety cases. Furthermore, recently the medical device industry has also been requiring assurance cases [4].
There are several definitions of "assurance case" [3]. One such definition is as follows [5].
"a documented body of evidence that provides a convincing and valid argument that a system is adequately dependable for a given application in a given environment."

What is GSN (Goal Structuring Notation) ?

GSN is a major graphical notation for assurance cases. It was developed by Tim Kelly and his colleagues at the University of York. See Tim's introduction paper:

D-Case is an extension of assurance cases being developed in JST CREST DEOS project (see www.dcase.jp and http://www.jst.go.jp/crest/crest-os/osddeos/index-e.html). The letter "D" emphasizes our focus on Dependability. In particular, we have been studying dependability for open systems. For detail, please refer The Open Group standard "O-DA: Open Dependability through Assuredness" (https://www2.opengroup.org/ogsys/catalog/C13F).

THE ACCOMPANYING PROGRAM IS PROVIDED UNDER THE TERMS OF THIS ECLIPSE PUBLIC LICENSE ("AGREEMENT"). ANY USE, REPRODUCTION OR DISTRIBUTION OF THE PROGRAM CONSTITUTES RECIPIENT'S ACCEPTANCE OF THIS AGREEMENT.


A Contributor may choose to distribute the Program in object code form under its own license agreement, provided that:
a) it complies with the terms and conditions of this Agreement; and
b) its license agreement:
i) effectively disclaims on behalf of all Contributors all warranties and conditions, express and implied, including warranties or conditions of title and non-infringement, and implied warranties or conditions of merchantability and fitness for a particular purpose;
ii) effectively excludes on behalf of all Contributors all liability for damages, including direct, indirect, special, incidental and consequential damages, such as lost profits;
iii) states that any provisions which differ from this Agreement are offered by that Contributor alone and not by any other party; and
iv) states that source code for the Program is available from such Contributor, and informs licensees how to obtain it in a reasonable manner on or through a medium customarily used for software exchange.
When the Program is made available in source code form:
a) it must be made available under this Agreement; and
b) a copy of this Agreement must be included with each copy of the Program.
Contributors may not remove or alter any copyright notices contained within the Program.
Each Contributor must identify itself as the originator of its Contribution, if any, in a manner that reasonably allows subsequent Recipients to identify the originator of the Contribution.


EXCEPT AS EXPRESSLY SET FORTH IN THIS AGREEMENT, THE PROGRAM IS PROVIDED ON AN "AS IS" BASIS, WITHOUT WARRANTIES OR CONDITIONS OF ANY KIND, EITHER EXPRESS OR IMPLIED INCLUDING, WITHOUT LIMITATION, ANY WARRANTIES OR CONDITIONS OF TITLE, NON-INFRINGEMENT, MERCHANTABILITY OR FITNESS FOR A PARTICULAR PURPOSE. Each Recipient is solely responsible for determining the appropriateness of using and distributing the Program and assumes all risks associated with its exercise of rights under this Agreement , including but not limited to the risks and costs of program errors, compliance with applicable laws, damage to or loss of data, programs or equipment, and unavailability or interruption of operations.


EXCEPT AS EXPRESSLY SET FORTH IN THIS AGREEMENT, NEITHER RECIPIENT NOR ANY CONTRIBUTORS SHALL HAVE ANY LIABILITY FOR ANY DIRECT, INDIRECT, INCIDENTAL, SPECIAL, EXEMPLARY, OR CONSEQUENTIAL DAMAGES (INCLUDING WITHOUT LIMITATION LOST PROFITS), HOWEVER CAUSED AND ON ANY THEORY OF LIABILITY, WHETHER IN CONTRACT, STRICT LIABILITY, OR TORT (INCLUDING NEGLIGENCE OR OTHERWISE) ARISING IN ANY WAY OUT OF THE USE OR DISTRIBUTION OF THE PROGRAM OR THE EXERCISE OF ANY RIGHTS GRANTED HEREUNDER, EVEN IF ADVISED OF THE POSSIBILITY OF SUCH DAMAGES. 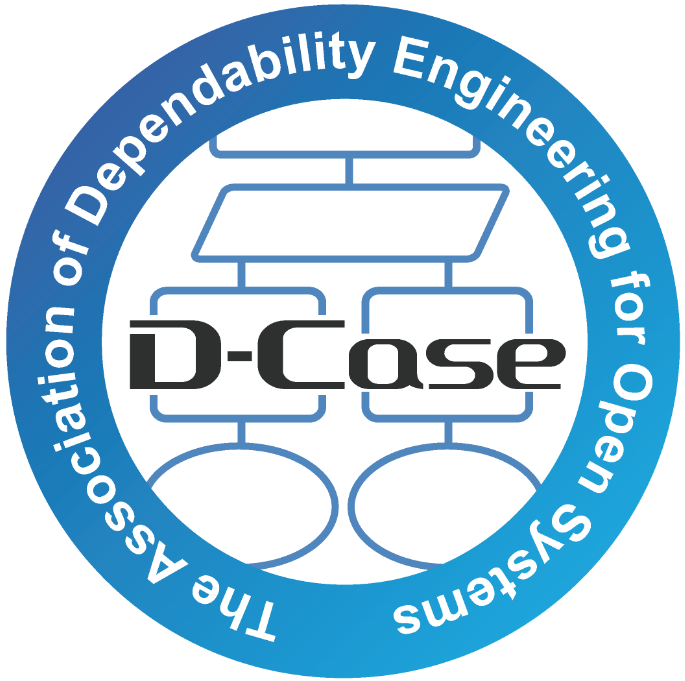 様々な利害関係者間のディペンダビリティ合意形成により、統合システムの安全安心に貢献します。 / D-Case project intend for people involved with a system of systems to mutually comprehend the 'dependability of a system' and to inform the public about the aforementioned dependability in a responsible manner. 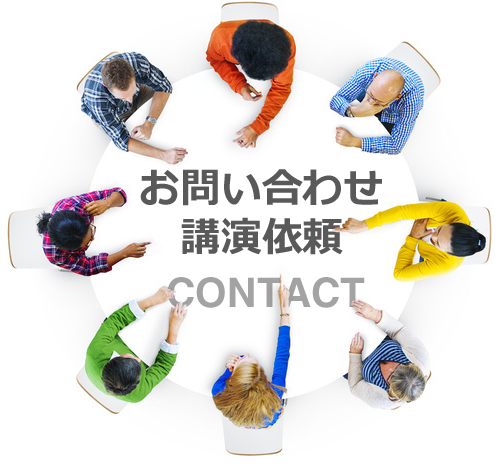